Nell Britton grew up in Cape Elizabeth, ME and began playing piano by ear from an early age. Soon after, she became fascinated with learning how to read music. After begging her parents for lessons, she formally began piano lessons at age 10.

She is immensely grateful to have studied piano with Dr. Robert Glover and Dr. Laura Kargul of the University of Southern Maine, and Dr. Charis Dimaras of Ithaca College. She holds a Bachelor’s and Master’s of Music in Piano Performance and has taught piano lessons full time since 2017. 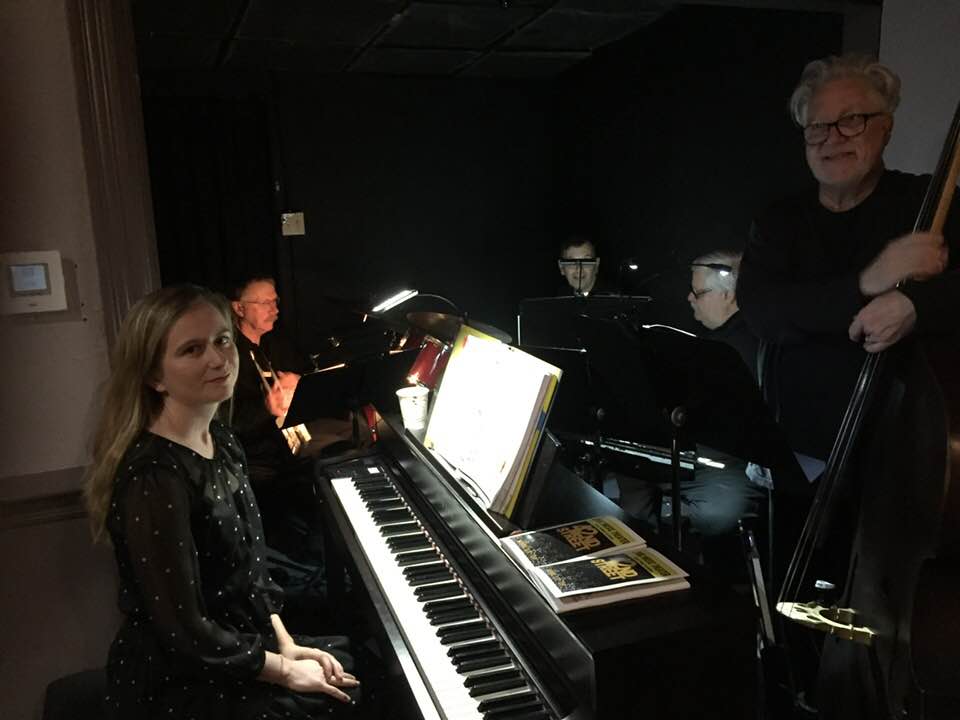 The Pit Band of 42nd Street at Lyric Music Theater ‘18

Nell is an active musician throughout Maine. While solo classical piano was her first love, she has grown versatile in many styles, including musical theater, gospel and jazz, as well as vocal and choral music. She has music directed numerous musicals including 42nd Street, Seussical and A Christmas Carol. She has worked as an accompanist for choral masterworks including Beethoven’s 9th Symphony, Mozart’s Coronation Mass, Faure’s Requiem with ensembles including the Portland Symphony Orchestra, Ithaca College Chorus, and the USM Chorale and Chamber Singers. She currently serves as the Music Director at Trinity Episcopal Church in Portland.

In addition to teaching privately, she works on the faculty at the Waynflete School and the Portland Conservatory of Music. She currently lives in South Portland with her husband, John, and their dog, Coco.